Automation is a hardware test framework written for Python. The framework facilitates writing fully functional standalone console-based ATPs. ATPs written in Automation are automatically compatible with TestCenter, its GUI test executive. However the ATPs can be run entirely on the console alone if needed. 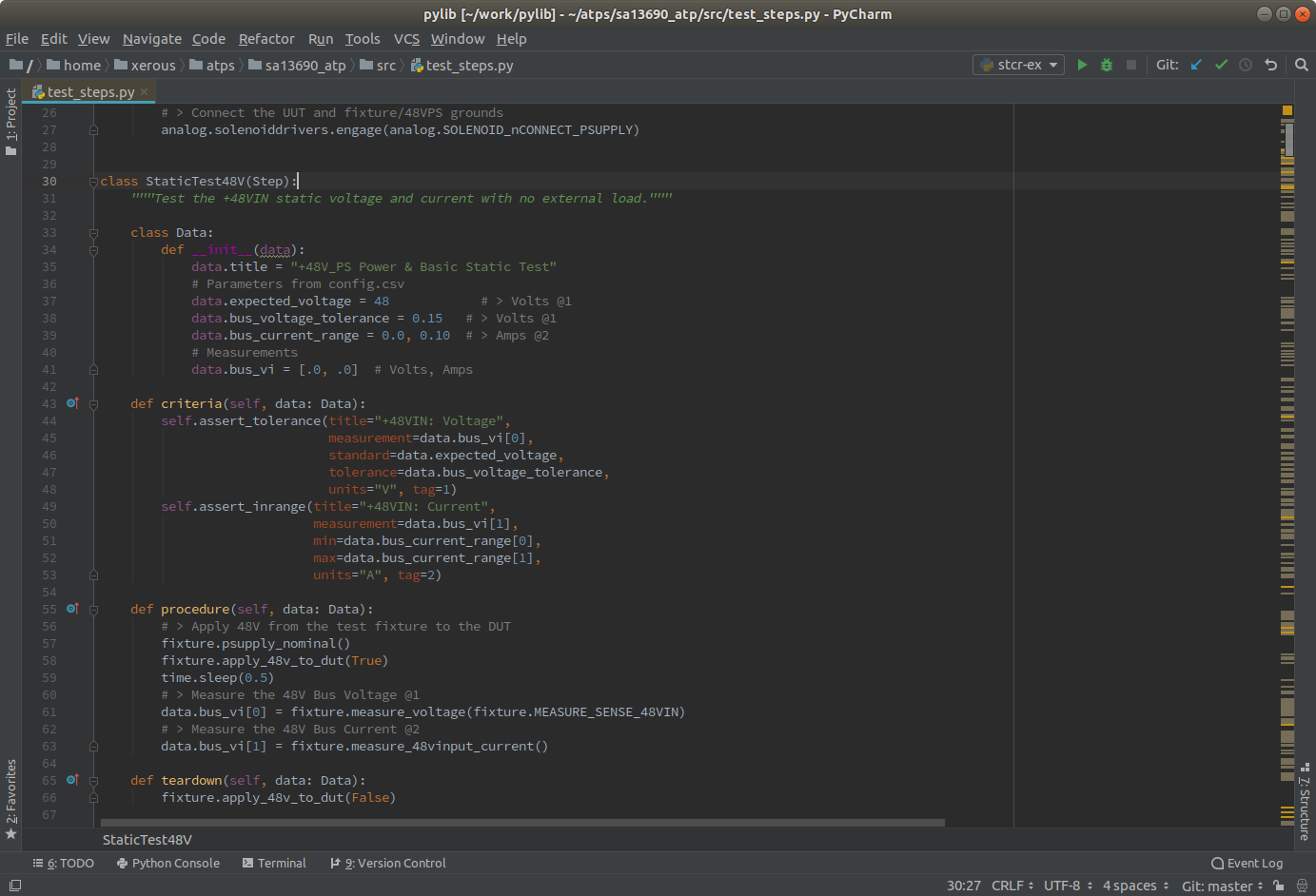 Automation strikes the optimum balance between flexibility and structure. Flexibility is fairly easy to maintain in a Python framework. Automation is no exception; it places very few limits on the nature of your test procedure code. However, the value of structure can often be overlooked. Automation revolves around efficiently describing the structural components of an ATP.

We can provide your software development team with training in Automation. ATPs may need minor changes when your DUT changes, for example: new firmware binaries, version strings, revision codes. With minimal training your software team can support ATPs that are written in this framework, and keep your product development moving smoothly.